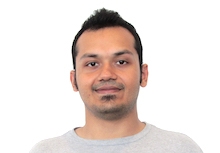 I am a software developer with a background in front end and back end development with a passion for games. I have 5 years of international industry experience in Asia and Canada. I am looking for an opportunity as a software developer and would love to connect with you.

I have developed applications, games and websites with clients in Asia and Canada. My experience and education with front end and back end development, game design, data structures & algorithms, design and strategy help me create effective and impactful solutions. At the Master of Digital Media program and through freelance projects I gained professional experience as a software developer. I am comfortable working with a multicultural team in an agile development setting with people from different backgrounds.

Prior to my career as a developer, I was an Art Director/Designer at Ogilvy (March 2015 – July 2018). One of my greatest accomplishments was being an integral part of the creative team on the award-winning campaign "Healthy Hands Chalk Sticks" for ITC Savlon. The team infused soap particles with chalk to promote hand hygiene to children in rural India. The campaign went viral with 3.4 million impressions on Facebook and 4.3 million on Twitter in a period of four days. This campaign was declared as one of the best works of the decade according to the Cannes creativity report 2020. 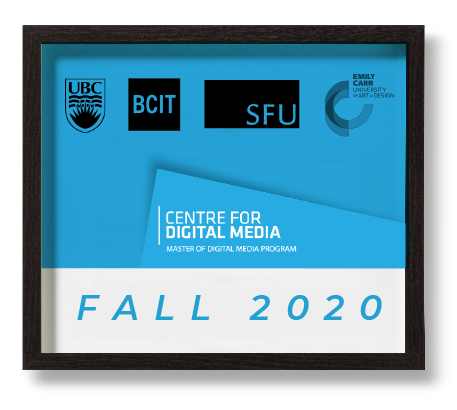 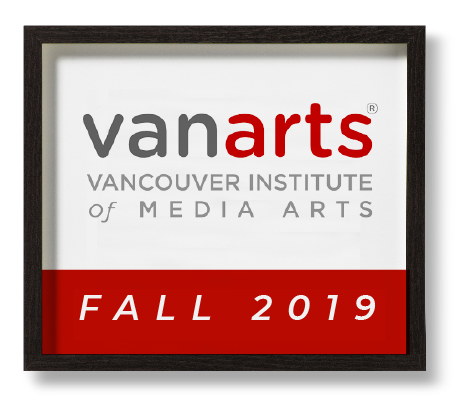 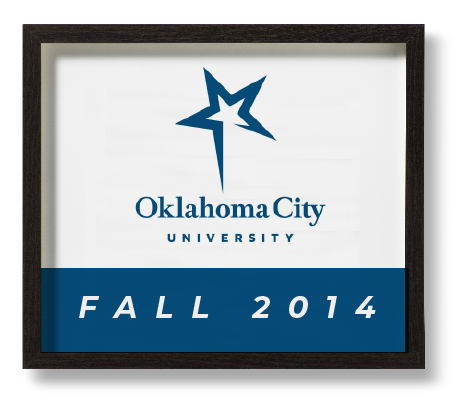 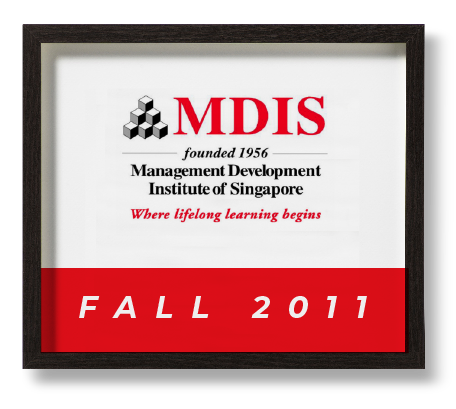 In September 2019, I joined the Masters In Digital Media program at The Centre For Digital Media, and expected to graduate in January 2020. I put my skills to use extensively on the industry projects with Canadian Blood Services and The Museum of Vancouver. I was the lead developer on several projects, working in multicultural teams with a variety of skills. I was appointed as the head of the education committee and hosted a series of programming workshops for the cohort on the core principles of HTML, CSS & javaScript.

Several students approach me for technical assistance on their industry and personal projects. For example, I built a custom secure file upload system on a website for people with disabilities (vision/auditory) to participate in rehearsals for Real Wheels Theater Productions (Wordpress, php, mySQL databases, HTML/CSS). Another example is when I assisted developers of another team with debugging typescript, javaScript & React on a Non-Profit Legal Compliance Web App with Pacific Legal Outreach.

In July 2018 I left my job at Ogilvy to pursue an accelerated one-year program at The Vancouver Institute of Media Arts focusing on Full Stack Web Development, UI/UX Design and Project Management. I developed a strong foundation in the core principles of programming, databases, security and experienced several agile scrum development cycles.

Within 6 months of my education, five clients approached me for web development services. A bike repair shop in Vancouver, musician in Los Angeles, writer in India, student housing service in Singapore and "EntGuide", an online entertainment guide in Singapore. I chose to work with EntGuide and built a content management system with several custom features. In addition, I designed their logo and did branding for them.

I have 10 years of experience producing videos, short films, music videos and case study videos. I am highly experienced in working with the entire Adobe Suite (Illustrator, Photoshop, Premier Pro, After Effects & InDesign).

I created several soundtracks for clients with Ogilvy including: Unilever, ITC Savlon, Skills Not Scars, Center Fresh Mints and Cadbury Bournvita. My skills in design and music often compliment my skills as a programmer allowing me to have a deeper well-rounded perspective on creative decisions on any given project.

The Blood4Research Facility within Canadian Blood Services would like to explore if digital technologies have the potential to distract blood donors and reduce anxiety during the donation process. Alleviating these issues has the potential to increase the number of donors willing to give to Canada's blood supply.

I was the lead programmer, I created a custom online survey built from scratch in HTML, CSS/SASS, javaScript, jQuery, php & mySQL Databases. The VR Game was created in C# and Unity for the Oculus Go. I also produced original music for 3 out of 5 levels

The Museum of Vancouvers' newest upcoming exhibition (Summer 2020), A Seat at the Table, explores historical and contemporary stories of Chinese Canadians in BC and their struggles for belonging. It looks to food and restaurant culture as an entry point to feature stories that reveal the great diversity of immigrant experience and of the communities immigrants develop. Our task was to build an IOS application for this exhibit.

I was the lead programmer, I built the application from scratch using Unity & C#. I was responsible for developing and deploying the application on an Ipad (Xcode), interaction based animation, studio recordings, audio mastering and original music production. 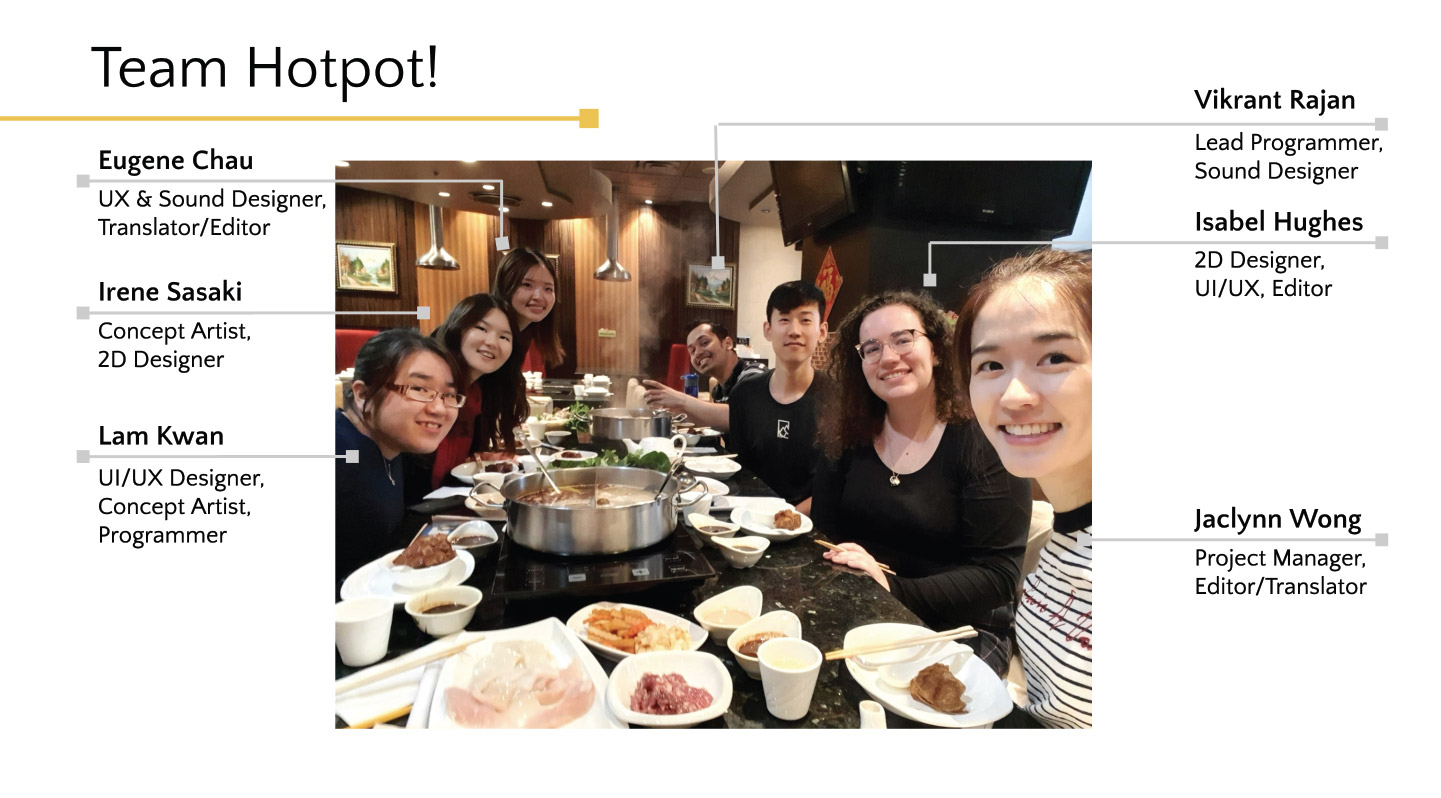 'EntGuide', is an online entertainment guide based in Singapore. As a tourist, there are so many places to see, cuisines to try, and nightlife to experience. EntGuide wanted to organize all this information in a user-friendly web application.

What makes EntGuide unique from their competitors is that all articles posted on the website are made by locals. EntGuide wanted to stay away from fake reviews and only provide authentic information by the people, for the people. 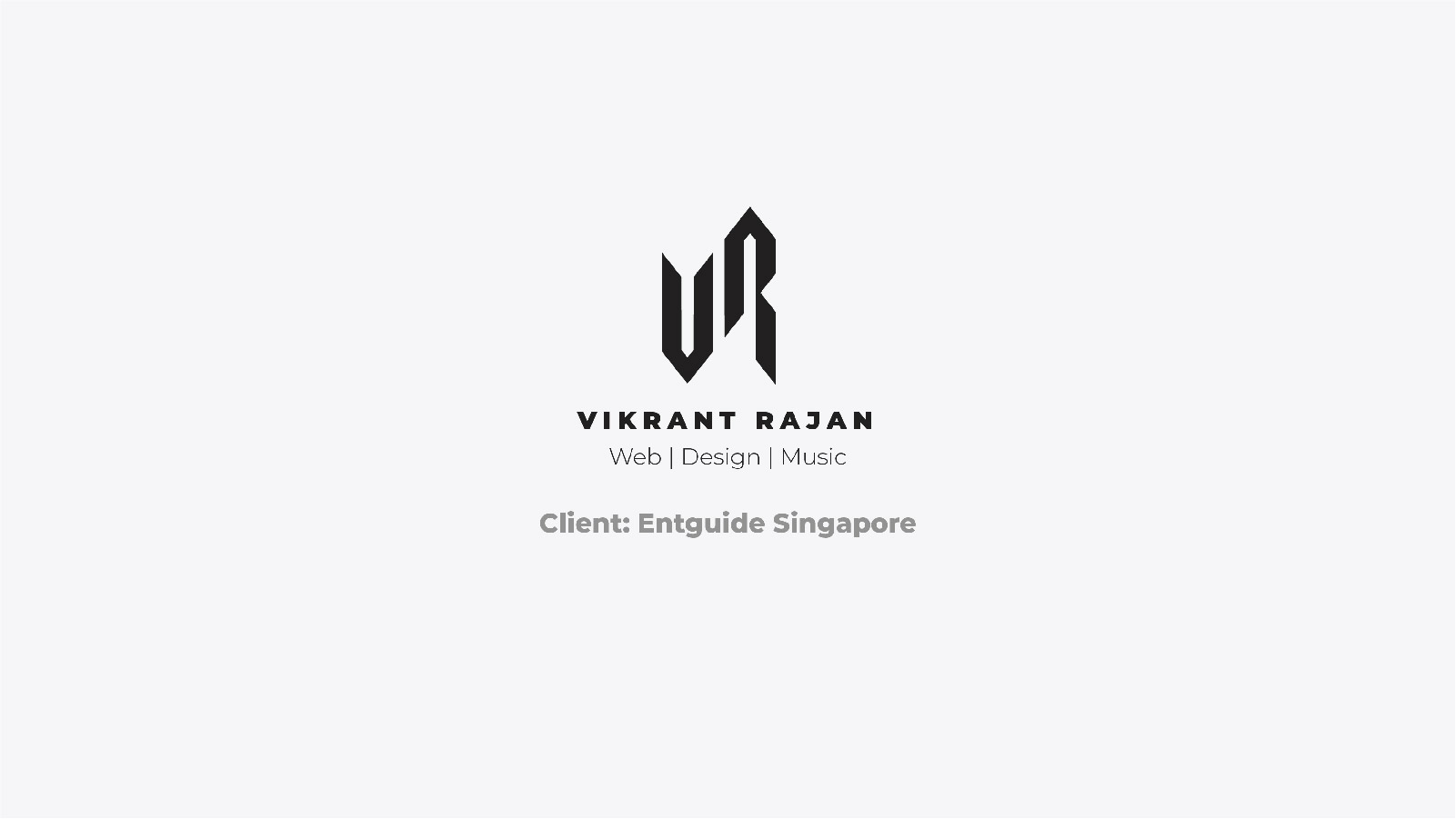 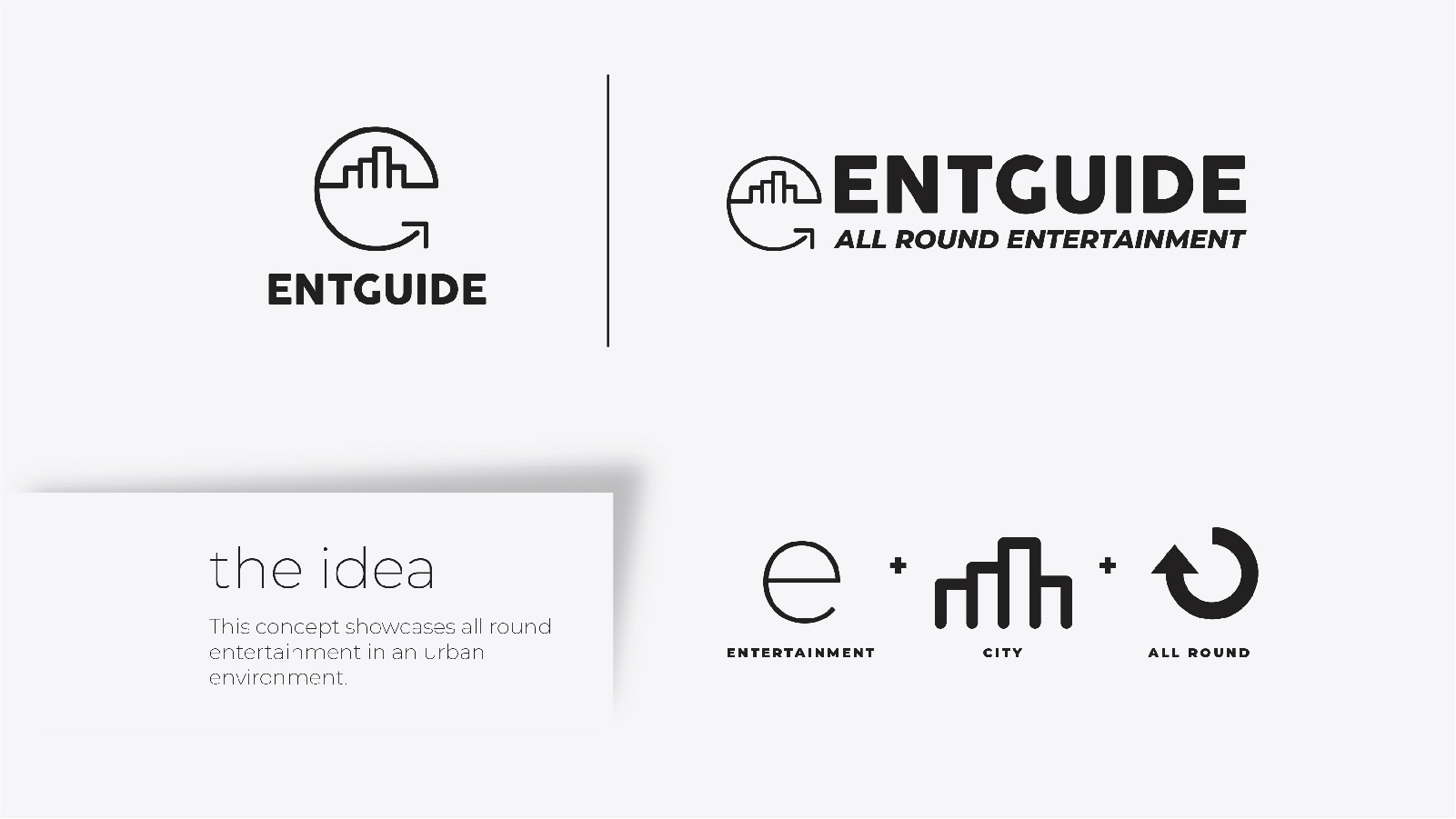 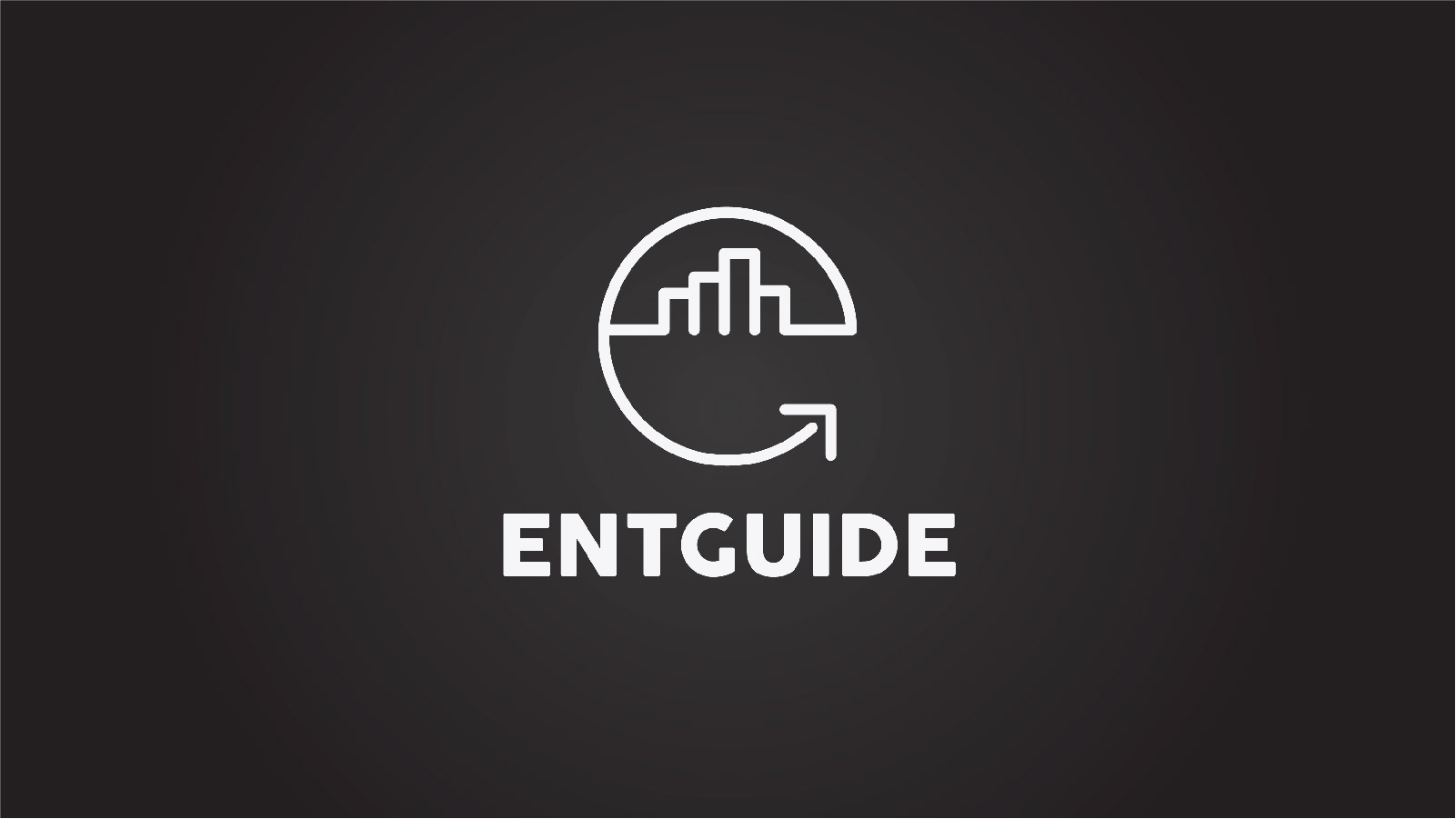 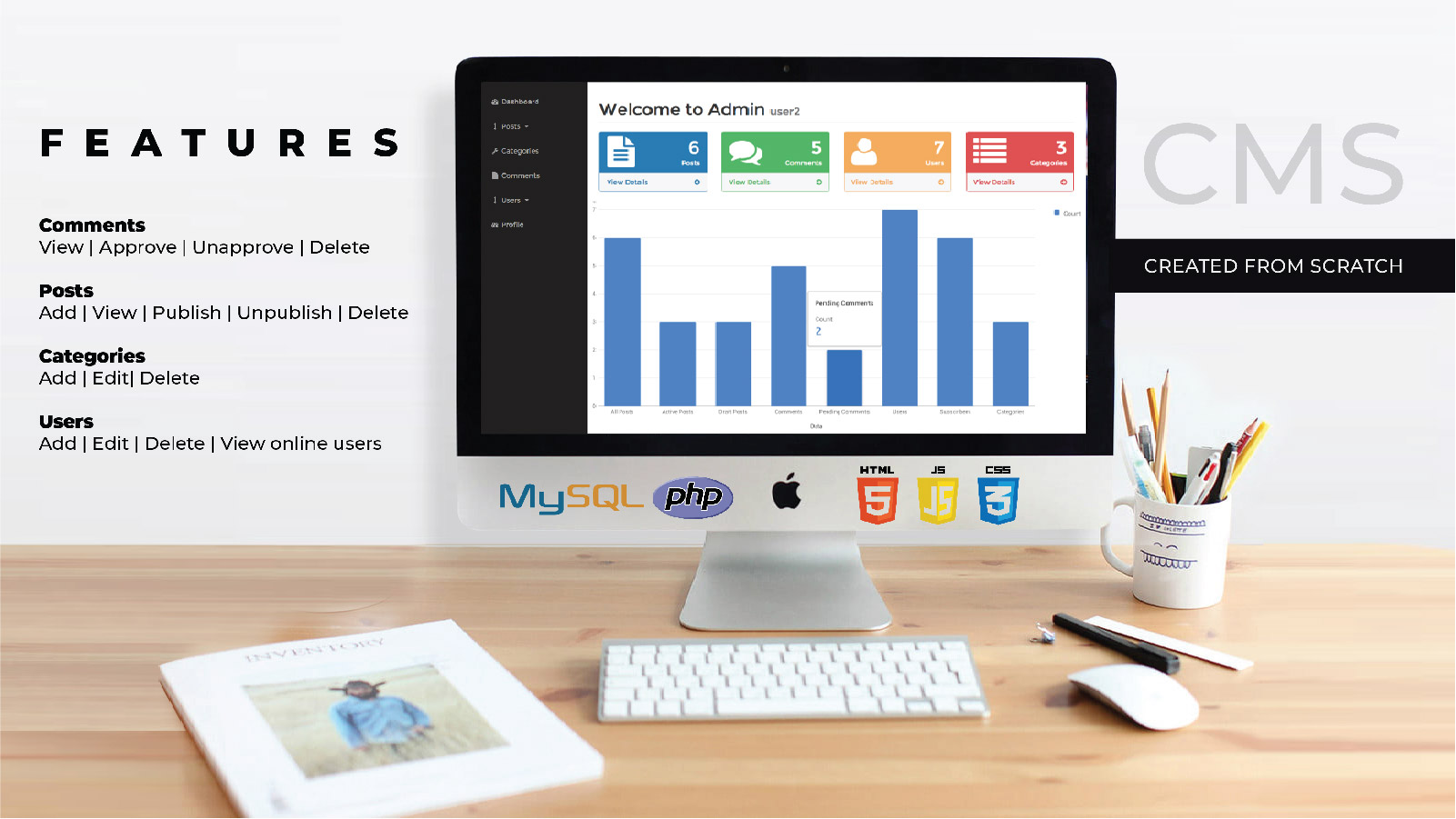 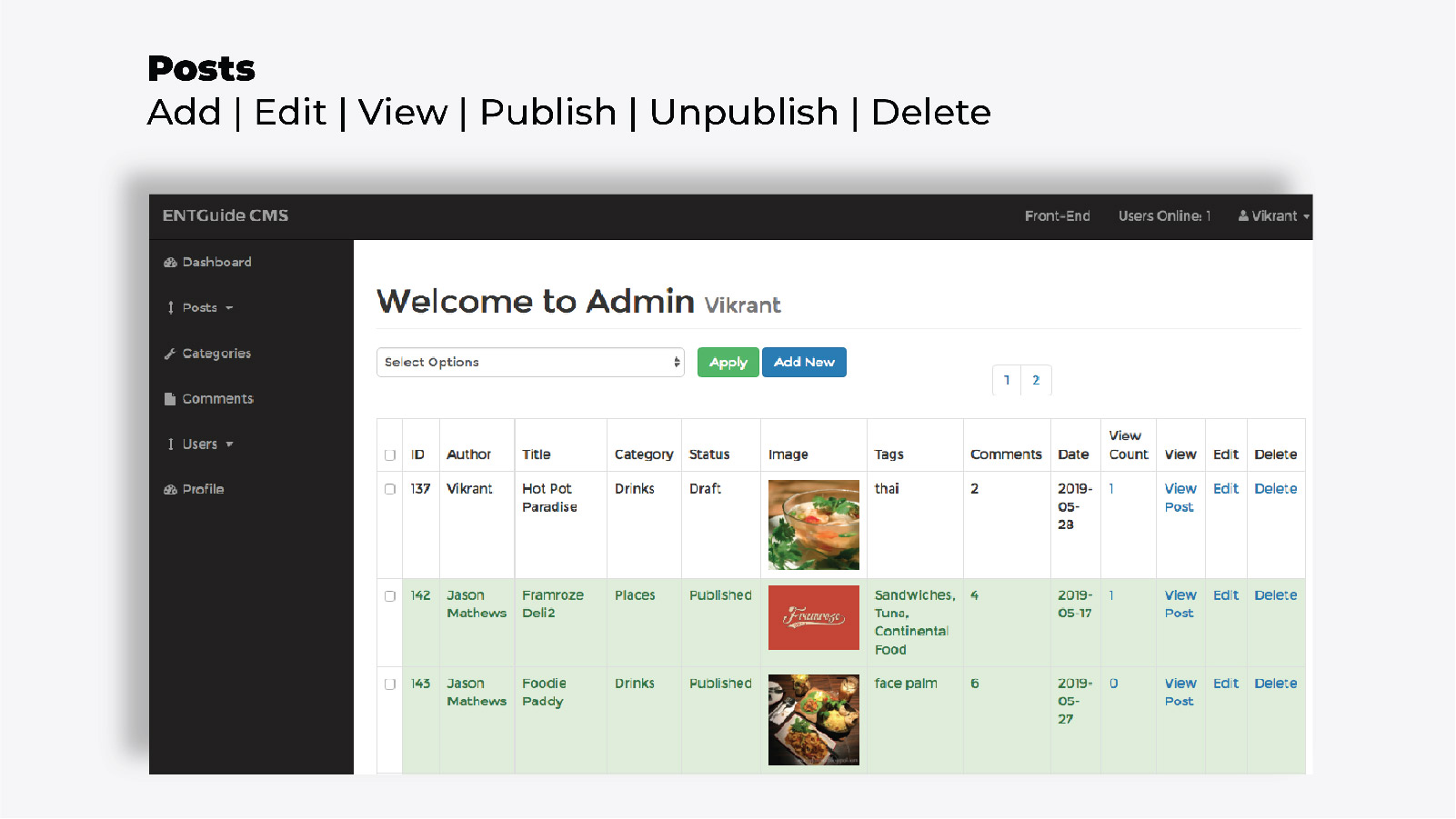 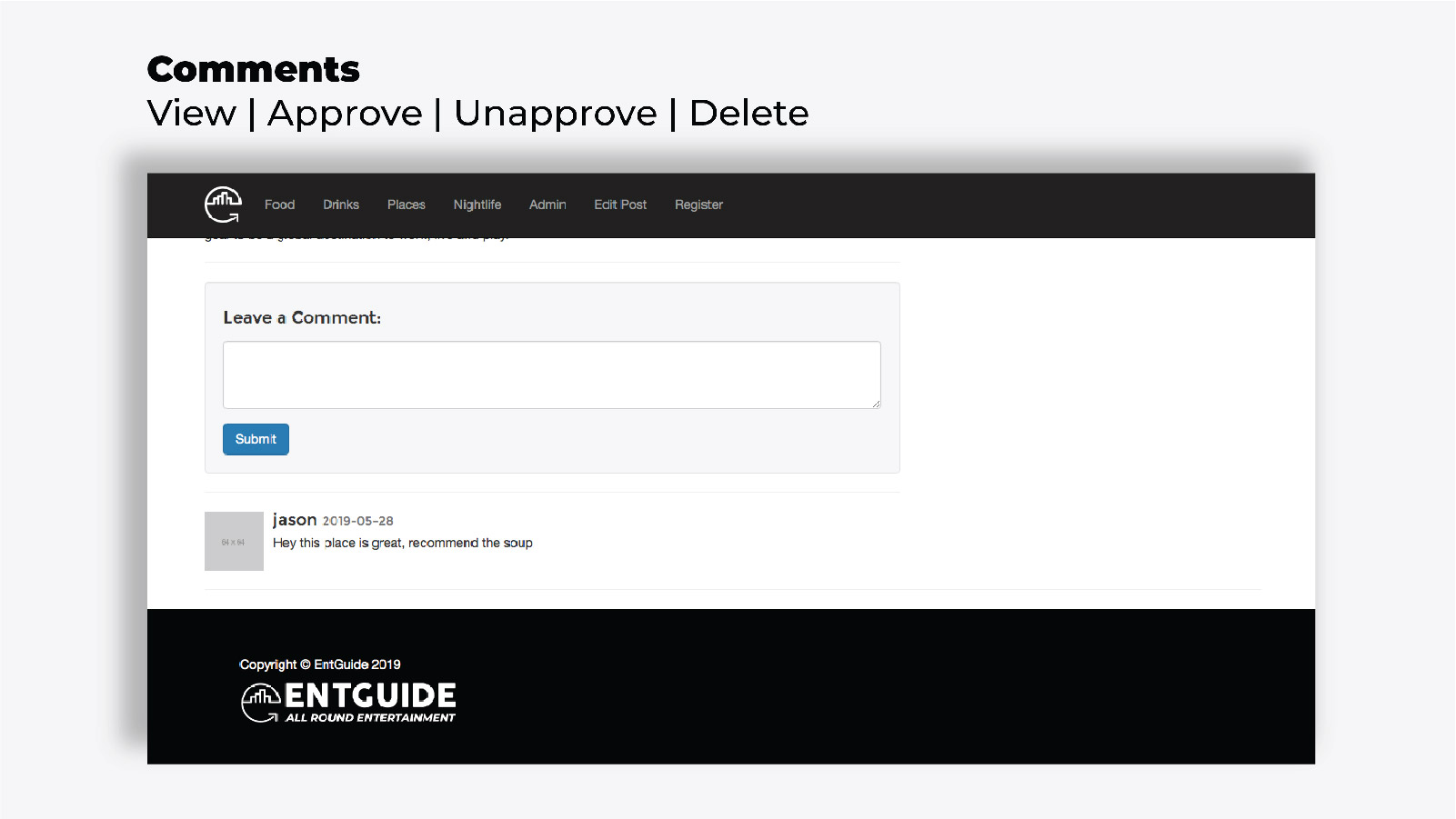 Bounce Royale is a turn-based 1v1 competitive multiplayer mobile game that requires strategy and accuracy. Throw powerful Monster Balls into the scoring zone and score as many points as possible.

I was the lead developer and game designer on this project. The game was built from scratch for IOS and Android using Unity and C#. I also produced original music for the game and created the teaser film on adobe after effects. 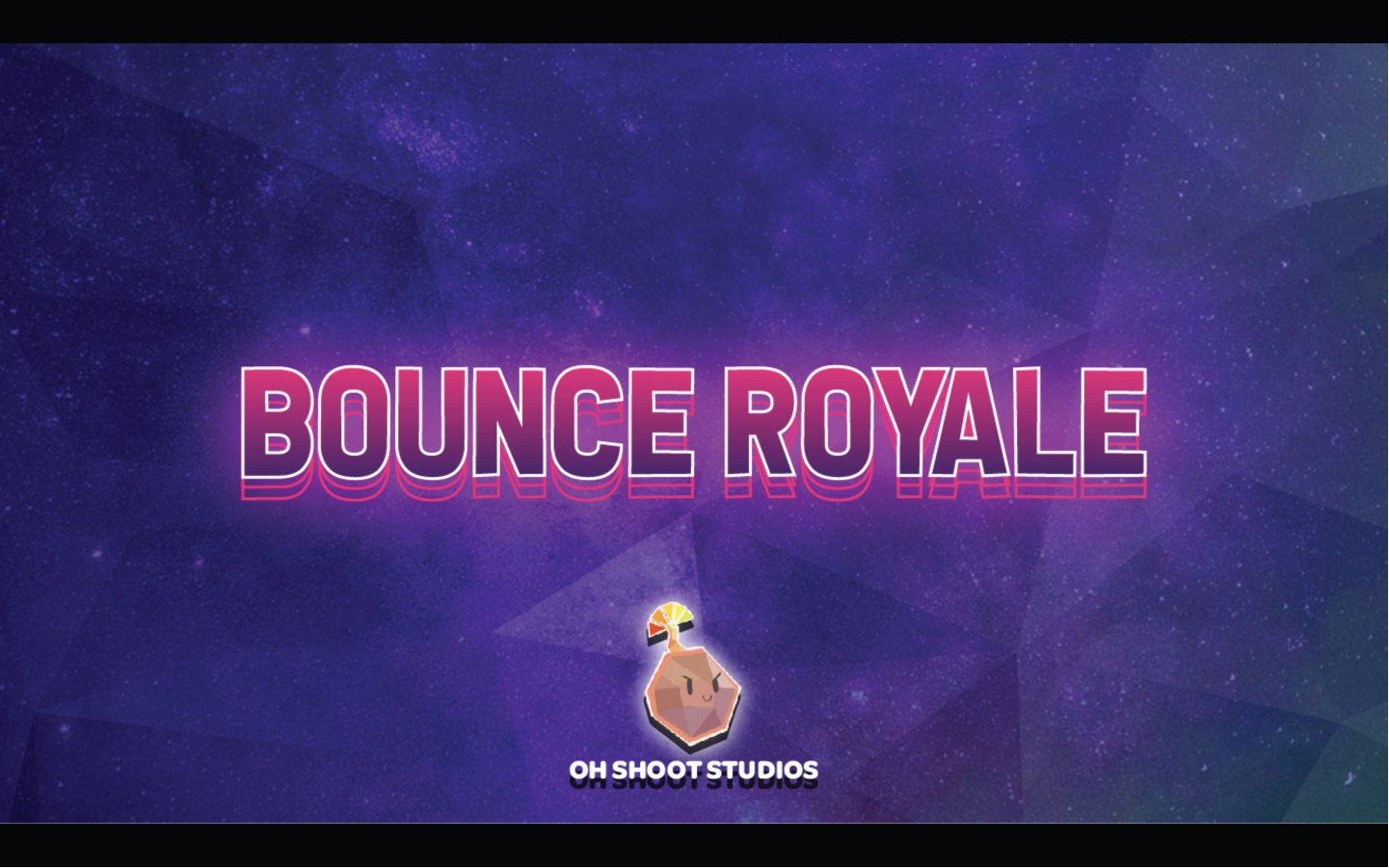 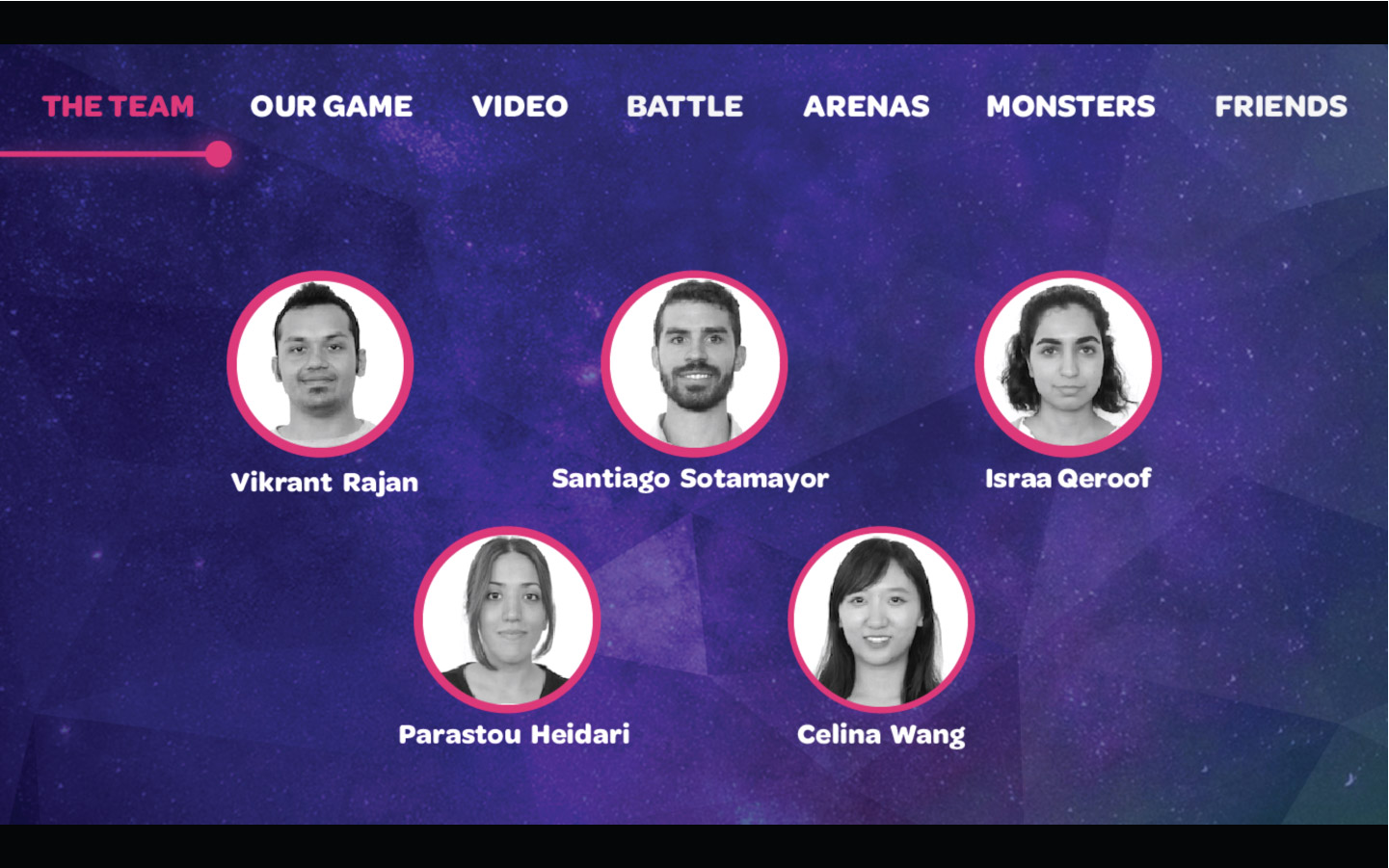 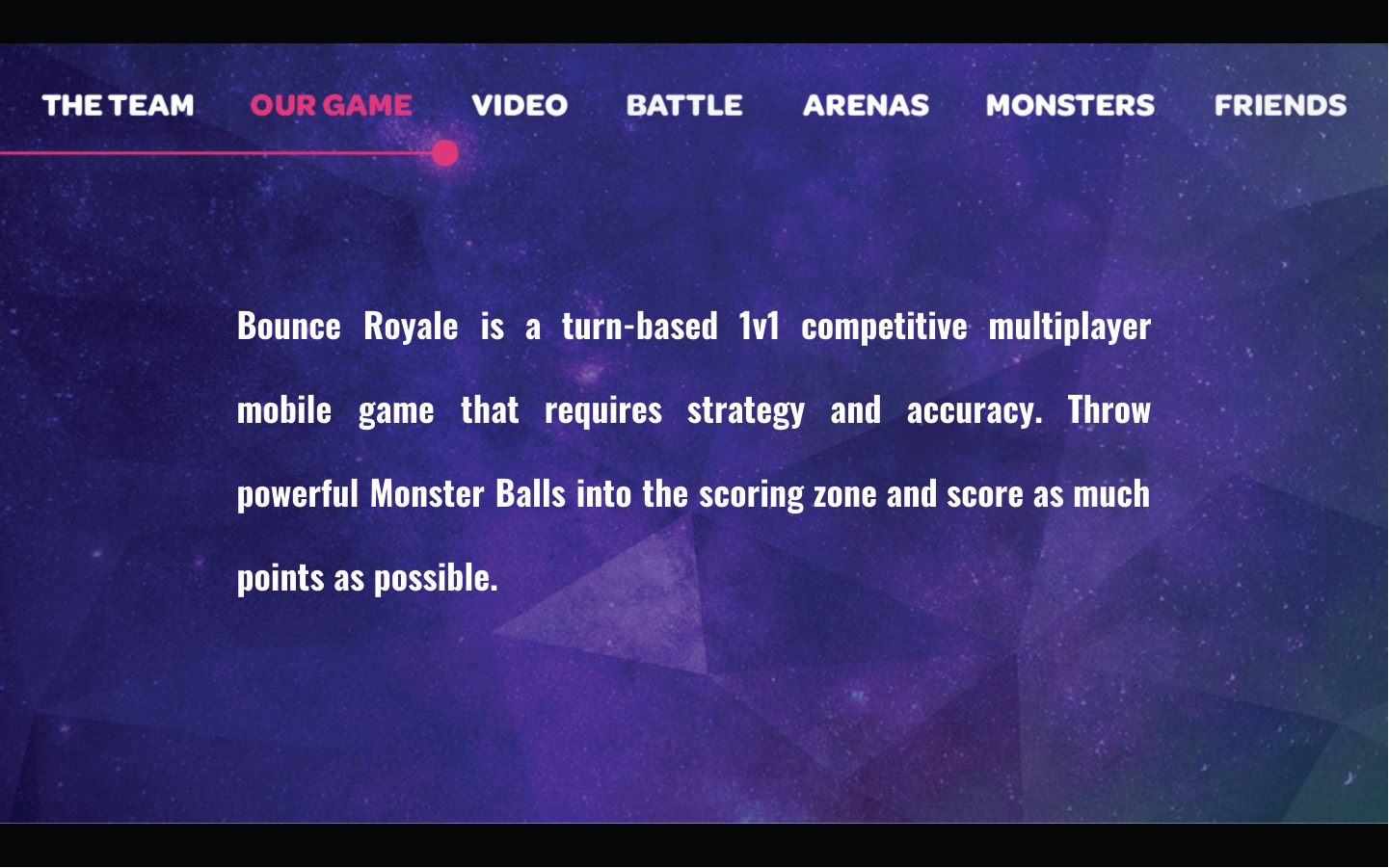 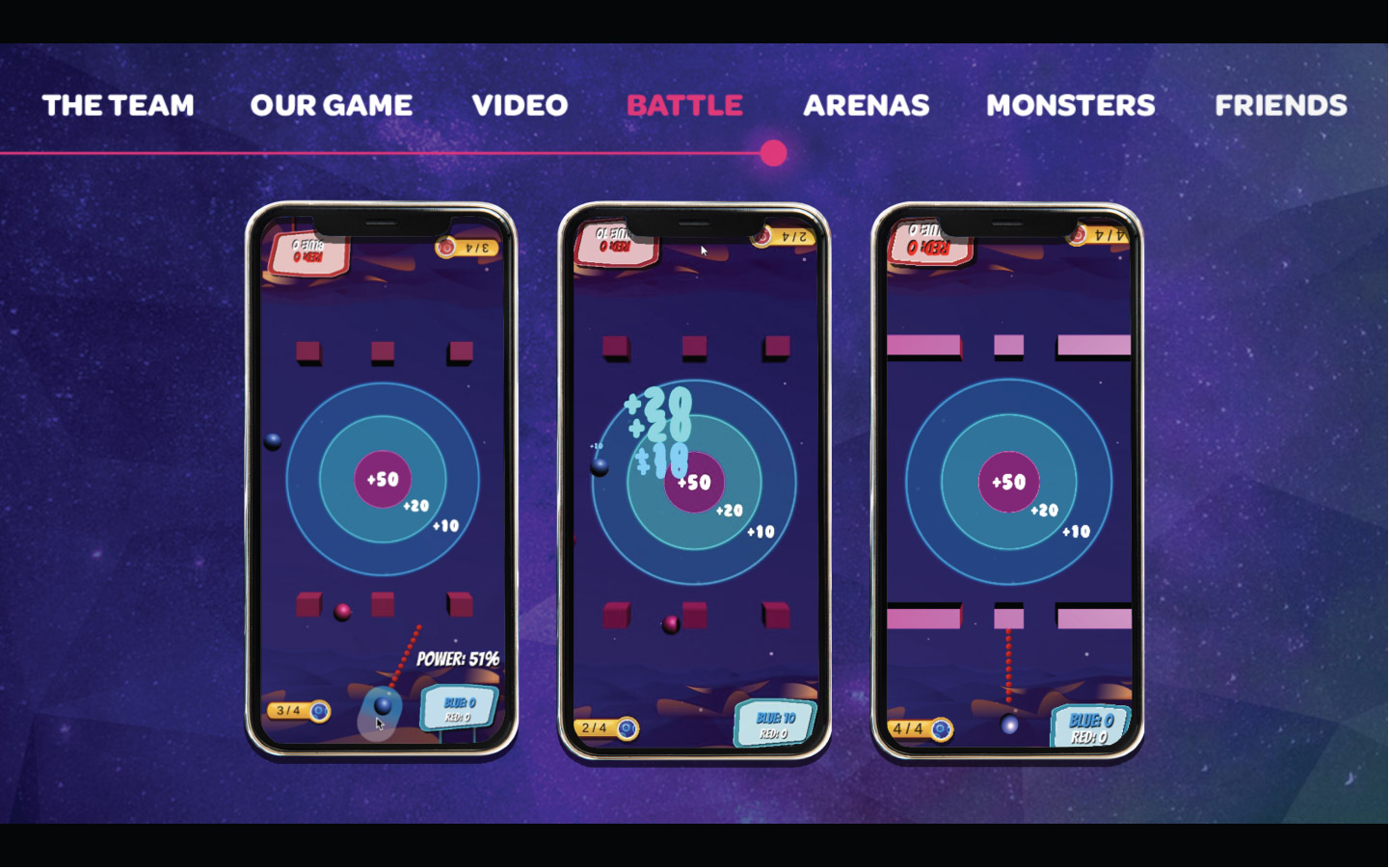 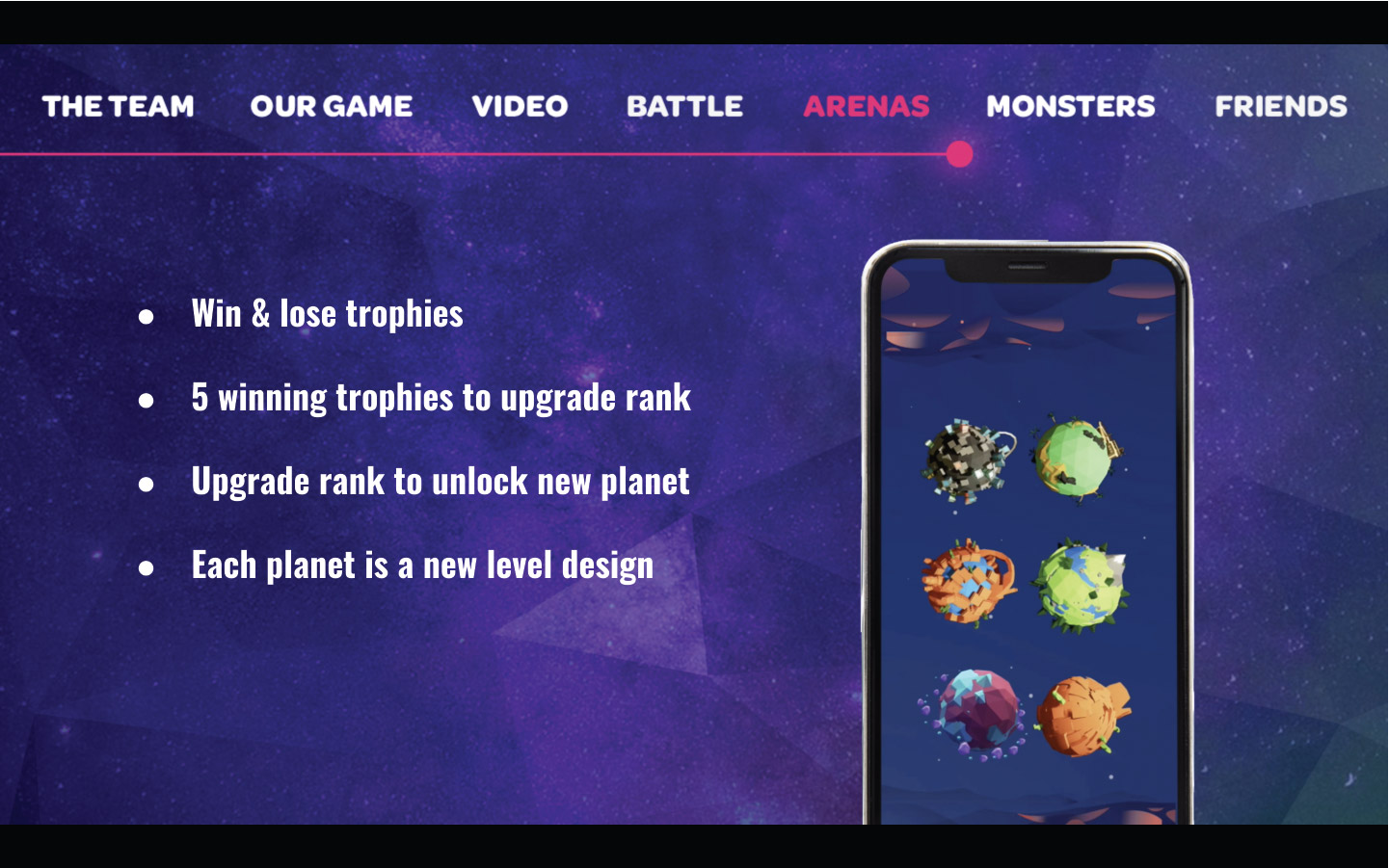 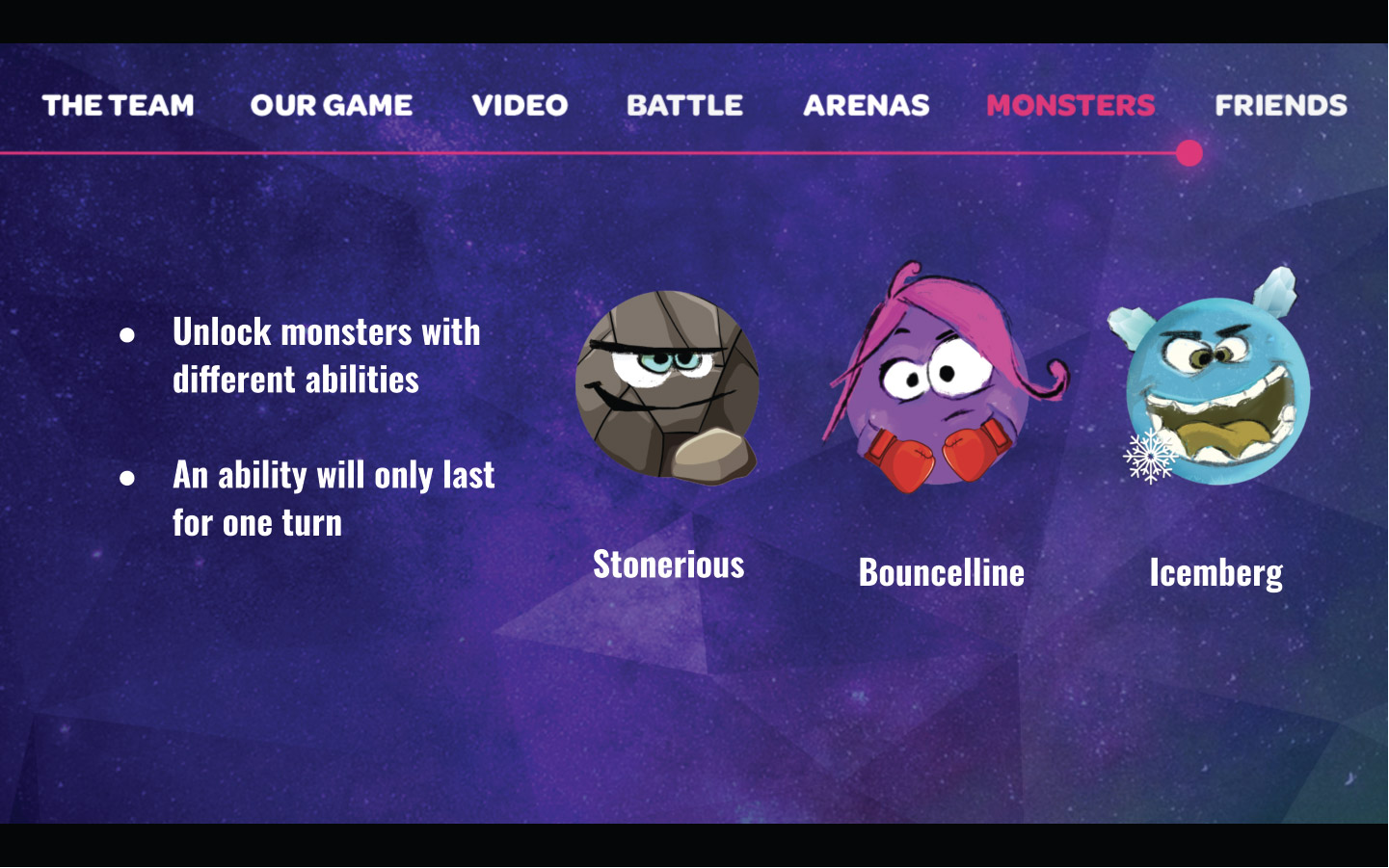 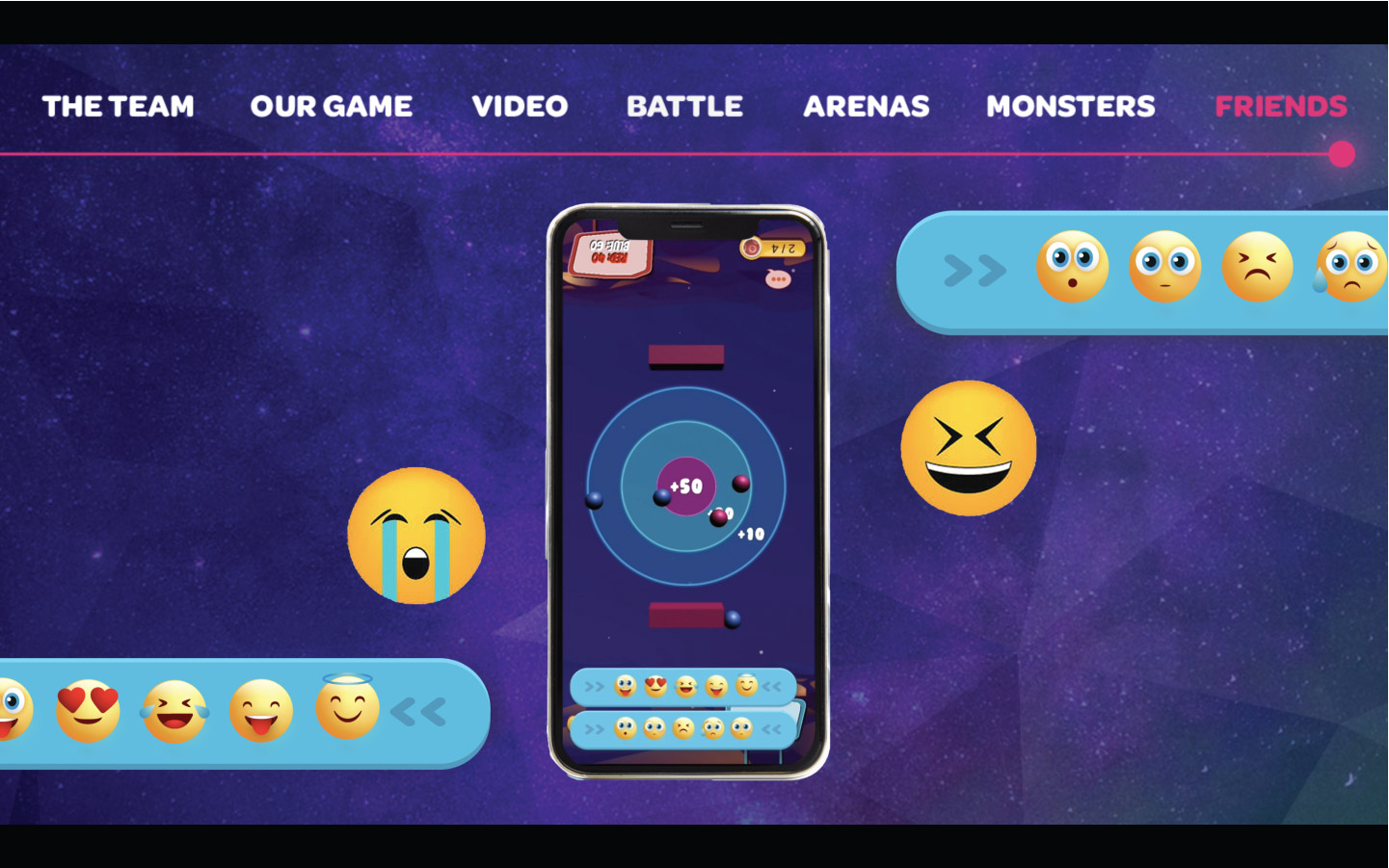 I started my career at Ogilvy, Mumbai as a Visualizer and during the 4 years I worked there, I gained an in-depth understanding on conceptualization, design, art direction and branding from the best in the Industry. I dealt with multiple brands such as Cadbury, Unilever, ITC, TATA, Vodafone, Bosch, JSW Cement and Kindle.

One of my greatest accomplishments while at Ogilvy was being an integral part of the creative team on the award-winning campaign "Healthy Hands Chalk Sticks" for ITC Savlon. The team infused soap particles with chalk to promote hand hygiene to children in rural India. The campaign went viral with 3.4 million impressions on Facebook and 4.3 million on Twitter in a period of four days. I worked on the print and digital design through the project. 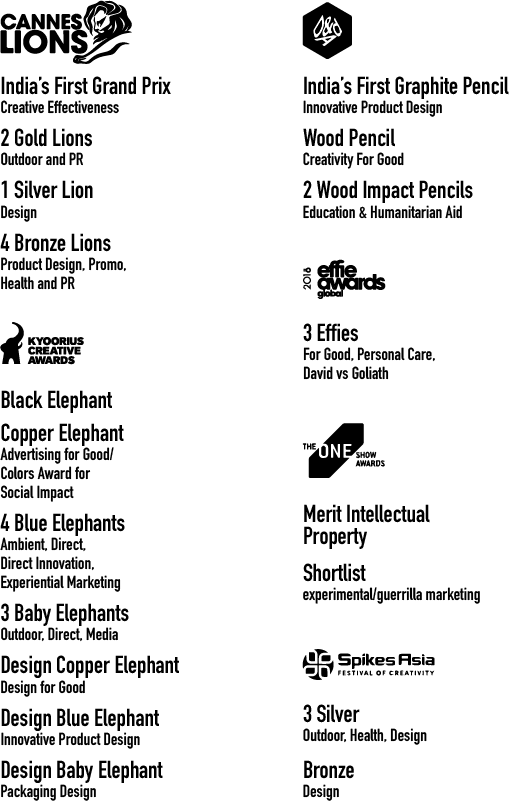 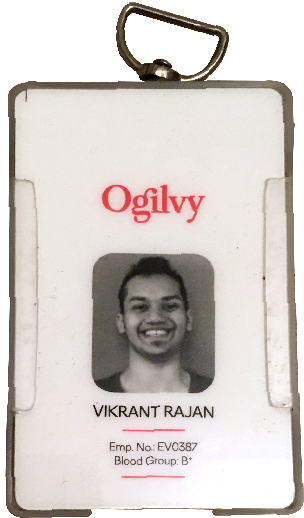 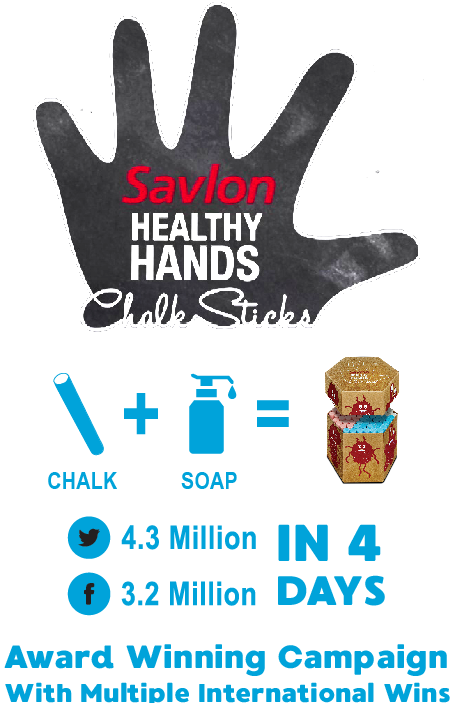 The UBC Faculty of Medicine and H.I.V.E briefed the team to create a 3D anatomy lab with respectfully presented specimens from real donors to provide users with essential knowledge in the field of human anatomy.